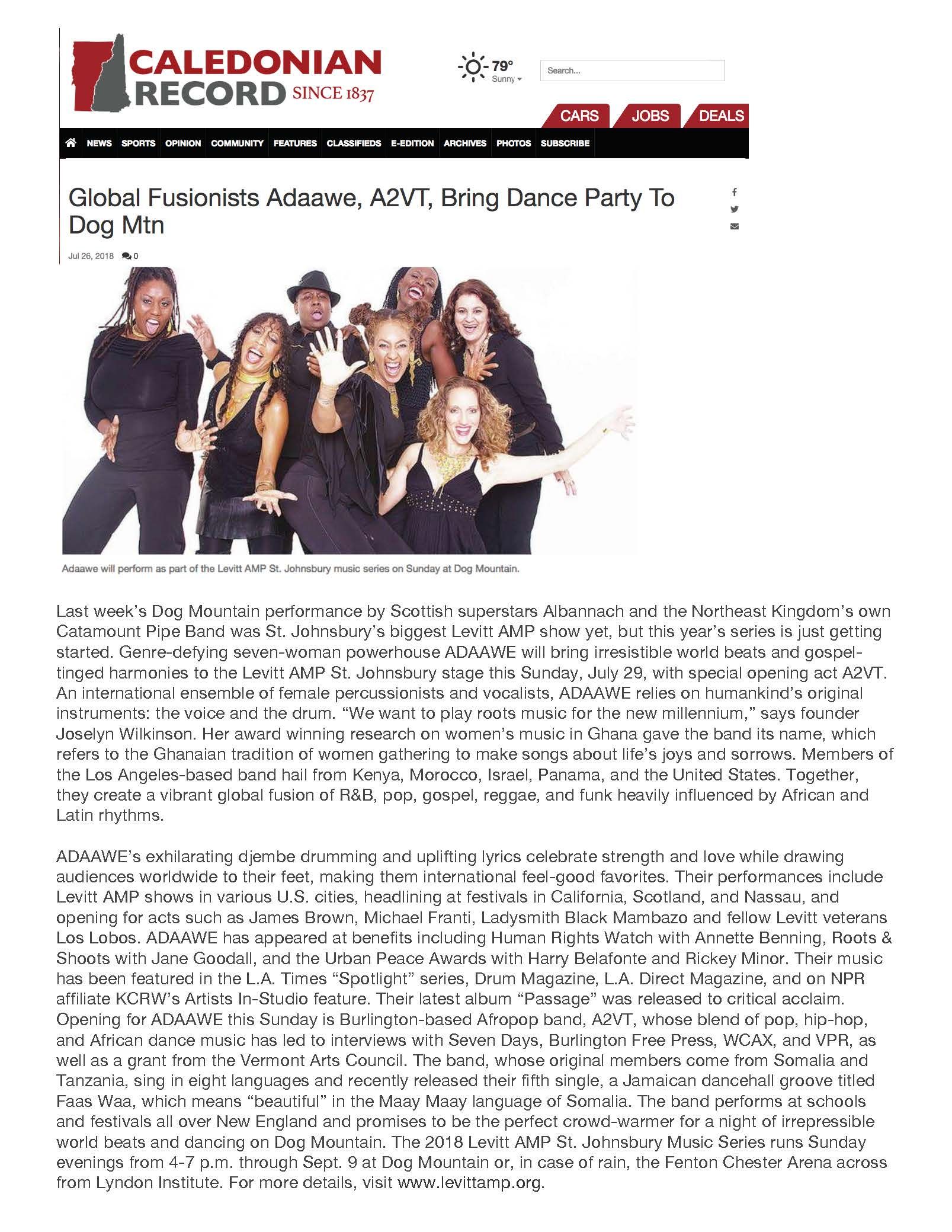 An international ensemble of female percussionists and vocalists, ADAAWE relies on humankind’s original instruments: the voice and the drum. “We want to play roots music for the new millennium,” says founder Joselyn Wilkinson. Her award winning research on women’s music in Ghana gave the band its name, which refers to the Ghanaian tradition of women gathering to make songs about life’s joys and sorrows. Members of the Los Angeles-based band hail from Kenya, Morocco, Israel, Panama, and the United States. Together, they create a vibrant global fusion of R&B, pop, gospel, reggae, and funk heavily influenced by African and Latin rhythms.

Opening for ADAAWE this Sunday is Burlington-based Afropop band, A2VT, whose blend of pop, hip-hop, and African dance music has led to interviews with Seven Days, Burlington Free Press, WCAX, and VPR, as well as a grant from the Vermont Arts Council. The band, whose original members come from Somalia and Tanzania, sing in eight languages and recently released their fifth single, a Jamaican dancehall groove titled Faas Waa, which means “beautiful” in the Maay Maay language of Somalia. The band performs at schools and festivals all over New England and promises to be the perfect crowd-warmer for a night of irrepressible world beats and dancing on Dog Mountain. The 2018 Levitt AMP St. Johnsbury Music Series runs Sunday evenings from 4-7 p.m. through Sept. 9 at Dog Mountain or, in case of rain, the Fenton Chester Arena across from Lyndon Institute. For more details, visit www.levittamp.org.